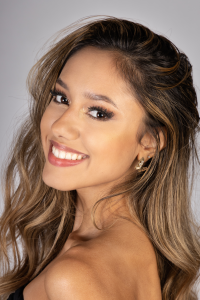 Constanza Felicio was born in São Paulo, but raised in Rio de Janeiro, Brazil.  She started her training at Escola Estadual de Dança Maria Olenewa in 2009 and continued at Lyceu School of Dance, with Lorena Boaventura.  In 2019, she was offered a Trainee opportunity with Orlando Ballet where she danced in productions including Nutcracker and Cinderella. Other performance credits include “FARM, 20 years of Sun” choreographed by Cassi Abranches (Grupo Corpo’s choreographer).

In 2014 and 2015, Constanza was a finalist at World Ballet Competition. She was selected to the YAGP NYC finals as a soloist in 2017 and won bronze medal at Seminário Internacional de Brasilia. Currently, Constanza is an ambassador for So Danca. 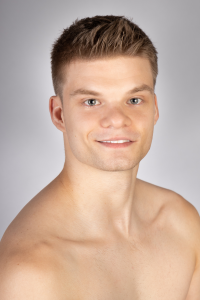 Tomas was born in Lithuania and grew up in Washington D.C. He began his ballet career in 2008, at the age of 10, with the Maryland Youth Ballet and trained with Olivier Munoz. In 2010, he furthered his ballet training at the Kirov Academy of Ballet in Washington DC. His summers were spent gaining additional experience at various ballet programs, including the Pittsburgh Ballet Theater and Orlando Ballet School. In 2017 he danced at The Washington School of Ballet.

Tomas is very excited for his third season with The Florida Ballet as a Company Member. 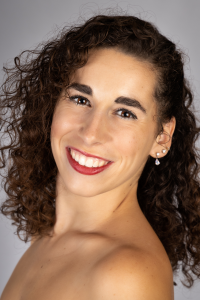 In 2016 Ms. Frank was offered a traineeship with Bay Pointe Ballet in San Francisco. The following year she trained with Festival Ballet Providence as a Post-Graduate. From 2018-2020, Kendra danced as a company member with City Ballet Boston.

Kendra Frank is an ABT® Certified Teacher, who has successfully completed the ABT® Teacher Training Intensive in Pre-Primary through Level 3 of the ABT® National Training Curriculum. 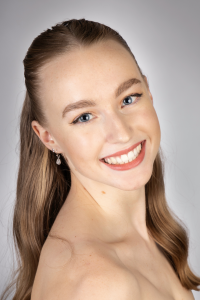 Lyndsey Givens is a native of Jacksonville. She began her formal ballet training at the FLB Training Center in 2017. In 2018, she became a full-time Conservatory Student. She became a Trainee with the FLB in 2019, and an Apprentice in 2020. This is her third season with the Florida Ballet Company. Previous roles with the FLB Company include a Demi-Soloist in Roberto Forleo’s Creatures of Prometheus, Spanish, Marzipan, Columbine Doll, Arabian, Snow Crystal, and Demi-Soloist Flower in FLB’s Nutcracker, Prelude in Les Slyphide, Phrygia in Spartacus, Women’s duet in Roberto Forleo’s Entangled, Fairy Godmother in Roger VanFleteren’s Cinderella, Pas De Trois and Celestial Variation in Paquita, Flower Girl in Forleo’s Gaîté Parisienne, Peaseblossom Fairy in Forleo’s A Midsummer’s Night’s Dream, Bridesmaid in Forleo’s Don Quixote and Shade Pas De Trois in La Bayadere.

Givens competed in the semi-finals of Youth American Grand Prix in Tampa 2017, Tampa 2018, and Atlanta 2019. In 2019 she advanced to the Finals in New York City with a contemporary duet under the direction of Diedre Miles-Burger and Susie Dodge. She previously attended summer intensives at American Ballet Theatre, Tampa in 2018 and the Sarasota Ballet in 2019.

Lyndsey Givens is an ABT® Certified Teacher, who has successfully completed the ABT® Teacher Training Intensive in Pre-Primary through Level 3 of the ABT® National Training Curriculum. 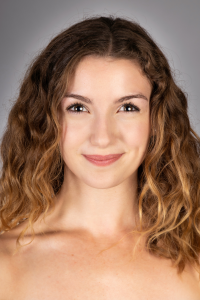 Mikell Graf, a Jacksonville native, began her pre-professional training under the direction of Suzanne Saltmarsh. Later, she attended Douglas Anderson School of the Arts, as well as Florida Ballet’s Conservatory Program. In the 2019-2020 season, Mikell danced in Atlanta Ballet’s trainee program on merit scholarship, where she performed in Atlanta Ballet’s The Nutcracker, and The Swan Princess. She has also trained at Royal Danish Ballet, San Francisco Ballet, Paris Opera Ballet, Boston Ballet, Orlando Ballet, and Ellison Ballet during their summer intensives.

In August of 2020, Mikell began dancing as a company dancer at the Florida Ballet, where she has been fortunate enough to perform various principal roles, including “The Girl” in Le Spectre de la Rose, Firebird and Princess Katerina in Firebird by Telmo Moreira, Nikiya in Act One Pas de Duex from La Bayadere, Cinderella and Stepmother in Cinderella by Roger Van Fleteren, Paquita in Paquita Suite, Flower Girl in Le Gaite Parisienne by Roberto Forleo, Sugarplum Fairy in The Nutcracker by Roberto Forleo, and Kitri in Don Quioxte.

When Mikell is not dancing, she is pursuing a Bachelor’s of Science degree in Business Administration as a junior at the University of Florida. Go Gators!

Mikell is very excited to be dancing her third season with The Florida Ballet! 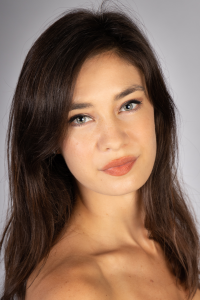 Rebekah is originally from Harrisburg, Pennsylvania. She began her training at Central Pennsylvania Youth Ballet under the direction of Marcia Dale Weary. While dancing at CPYB she performed the Sugar Plum, Dew Drop, and Arabian in George Balanchine’s Nutcracker and the lead role of Cinderella.

She continued her training with the San Francisco Ballet School. After spending one year in the school, she was asked to join the trainee program. While in San Francisco, Bekah performed the lead role of the Liberty Bell in Stars and Stripes, as well as, had the opportunity to perform in The Nutcracker, Romeo and Juliet, and Swan Lake with the Company.

After two years in San Francisco, Bekah joined Boston Ballet II. While in Boston, she performed The Nutcracker, La Bayadere, and A Midsummer’s Night Dream. Later Bekah joined Ballet Theatre of Maryland as an apprentice and was promoted to demi-soloist. During her time at BTM, she performed roles such as Spanish in the Nutcracker, The Diamond Fairy in Sleeping Beauty, as well as several other featured roles in original works.

After spending some time at BTM, Bekah joined Corpus Christi Ballet as a Principal. During her time at CCB, she performed roles such as Sugarplum Fairy, Snow Queen, and the lead role of Giselle.

This is Rebekah’s fifth season with the Florida Ballet. 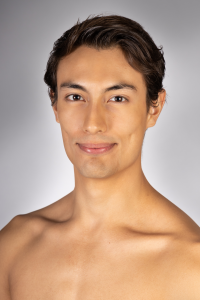 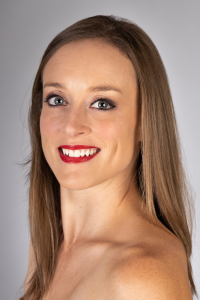 Sanborn is an ABT® Affiliate teacher, who has successfully completed the ABT® Teacher Training Intensive in Primary through Level 5 of the ABT® National Training Curriculum. She is also certified in Progressing Ballet Technique and Pilates Academy International Mat work. 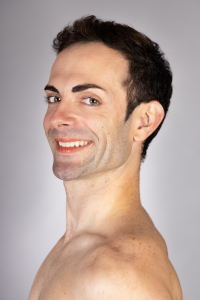 Patrick VanBuren trained in his home town of Merritt Island, FL, under Liz Bevilacqua, at Dussich Dance Studio. He then trained pre-professionally with Peter Stark, Kim Marsh, and Olivier Munoz, at the Orlando Ballet School. Throughout those years, he was Florida Dance Masters Junior Mr. Dance and Mr. Dance title holder, as well as a Finalist at the Youth America Grand Prix.

Patrick danced with the Orlando Ballet II, Columbia City Ballet and Ballet San Antonio as a soloist, and Montgomery Ballet and Fort Wayne Ballet as a principal dancer. He has also competed and performed internationally.

Mr. VanBuren is an ABT National Training Curriculum Affiliate teacher. He has served as the Assistant Director of the Ballet Conservatory of South Texas, Ballet Master of Montgomery Ballet Company and School, and as an instructor in the upper school of Fort Wayne Ballet’s Auer Academy. This is Patrick’s third season dancing with The Florida Ballet. 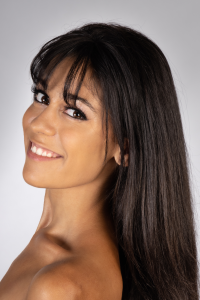 Katarina started her training in Australia as an artistic gymnast before moving back to the States to begin her training in classical ballet under then CORPS Director Roberto Forleo at Portland Ballet in Maine.  At Portland Ballet, Katarina performed the Esmeralda variation and Dulcinea from Don Quixote, Clara in the Nutcracker and various other small roles.

Katarina attended Joffrey Ballet Contemporary Summer Intensive in San Francisco where she worked with Josie Walsh. She also competed in YAGP New York Finals and subsequently accepted a scholarship offer to Boston Ballet School’s Summer Program and year-round pre-professional Training Program where she performed with the Company in the Nutcracker. She danced as a guest artist with local smaller studios performing roles such as Sugar Plum and Odalisque.

Katarina trained briefly with the Draper Academy in Rochester New York under Jamey Leverette before coming to Florida Ballet as an apprentice in 2019. She was promoted as a member of The Florida Ballet Company for the 2020-2021 season. Her roles to date this season include Chinese in Nutcracker, Princess in Firebird, and demi soloist in Les Sylphides. 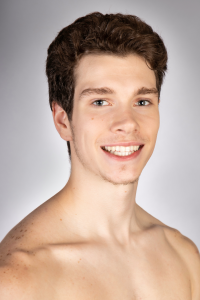 Josef began studying dance at the age of 8. At the age of 12, he began training with the Florida Ballet in Jacksonville Florida. During his freshman year of high school, Josef attended the Douglas Anderson school of the Arts to pursue a dance career, as well as The Florida Ballet Conservatory where he trained with Christopher Alloways-Ramsey.

In 2019, he competed in The Youth American Grand Prix coached by Deidre Miles Burger and Susie Dodge placing 3rd with his classical variation. He was invited to the finals in New York City to present his contemporary duet. In the summer of 2019, he went to Houston Ballet and trained under Claudio Munez and concluded the year at Central Pennsylvania Youth Ballet with instructors Simon Ball, Darla Hoover, and Renato Penteado.

Josef is proud to be a member of The Florida Ballet Company under the direction of Roberto Forleo. 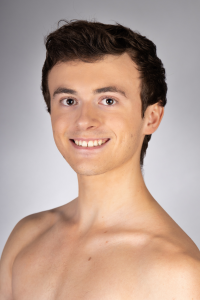 Ylian’s dual French and Swiss citizenship has given him the opportunity to train with variety of professional programs including The Paris Opéra Ballet School workshop, the Rudra Béjart School during two years and at the ABT JKO School in New-York.

He was chosen to dance in the international group of the Prix de Lausanne competition “choreographic project”, choreography by Mauro Bigonzetti. He has performed in more than 30 international shows and galas in Switzerland, China, Brazil, Thailand and Italy.

He obtains his first professional contract with the Orlando Ballet II.

This is Ylian’s first season with the Florida Ballet. 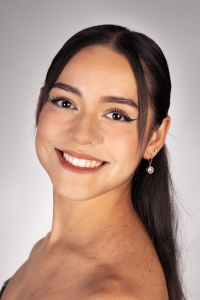 Alessandra Martinez, originally from Chicago, Illinois began her training in Florida. She was a student at St. Lucie Ballet and then was approved by the directors to be a part of their pre-professional program. Alessandra’s training also includes summer intensives at The Joffrey Ballet School in Chicago for three consecutive years, where she worked with Ashley Wheater and Suzanne Lopez.

While training with St Lucie Ballet, Alessandra competed in various competitions and was invited as a finalist for competitions such as the Youth America Grand Prix, Universal Ballet Competition and American Dance Competition. She was coached by Lydia Corrales, Rogelio Corrales, Idael German, and Olivier Pardina. Alessandra was invited and competed as a finalist in 2021 for YAGP and 2022 for ADC. She was awarded third place pas de deux that year at YAGP, and fifth place pas de deux at ADC. Alessandra has also competed at the Universal Ballet Competition, winning first place in the senior category her senior year. Alessandra has worked and studied with choreographers known as Mimmo Miccolis from the Washington Ballet, Garret Smith, Duncan Cooper, and Desmond Richardson from Complexions Contemporary Ballet.

This is Alessandra’s first season dancing with TFB Company. She was offered an apprenticeship position at the Universal Ballet Competition finals in May, 2022 by The Florida Ballet’s artistic director, Roberto Forleo. 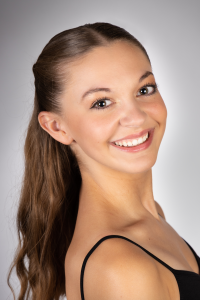 Stella Urbano is a Jacksonville native. She began dancing at age 4, and started focusing on ballet soon after. She joined the Florida Ballet Training Center in 2015, and later joined the full-time Conservatory Program and Trainee programs before being promoted to an Apprentice in 2022. She has enjoyed dancing in numerous productions, including Roberto Forleo’s Creatures of Prometheus with the Jacksonville Symphony, Les Sylphides, Firebird, Carnival of the Animals, The Nutcracker, Alice in Wonderland, Cinderella, A Midsummer Night’s Dream, and others. She has participated in summer intensives at the Royal Ballet in London, ABT in Tampa, Colorado Ballet, Pittsburgh Ballet Theatre, and The Florida Ballet. Stella has had the wonderful opportunity to work with many amazing instructors, including Franco De Vita, Raymond Lukens, John Gardner, Amanda McKerrow, Marjorie Grundvig, and Larissa Bamber.

Stella is grateful for the opportunity to be a part of The Florida Ballet Company. 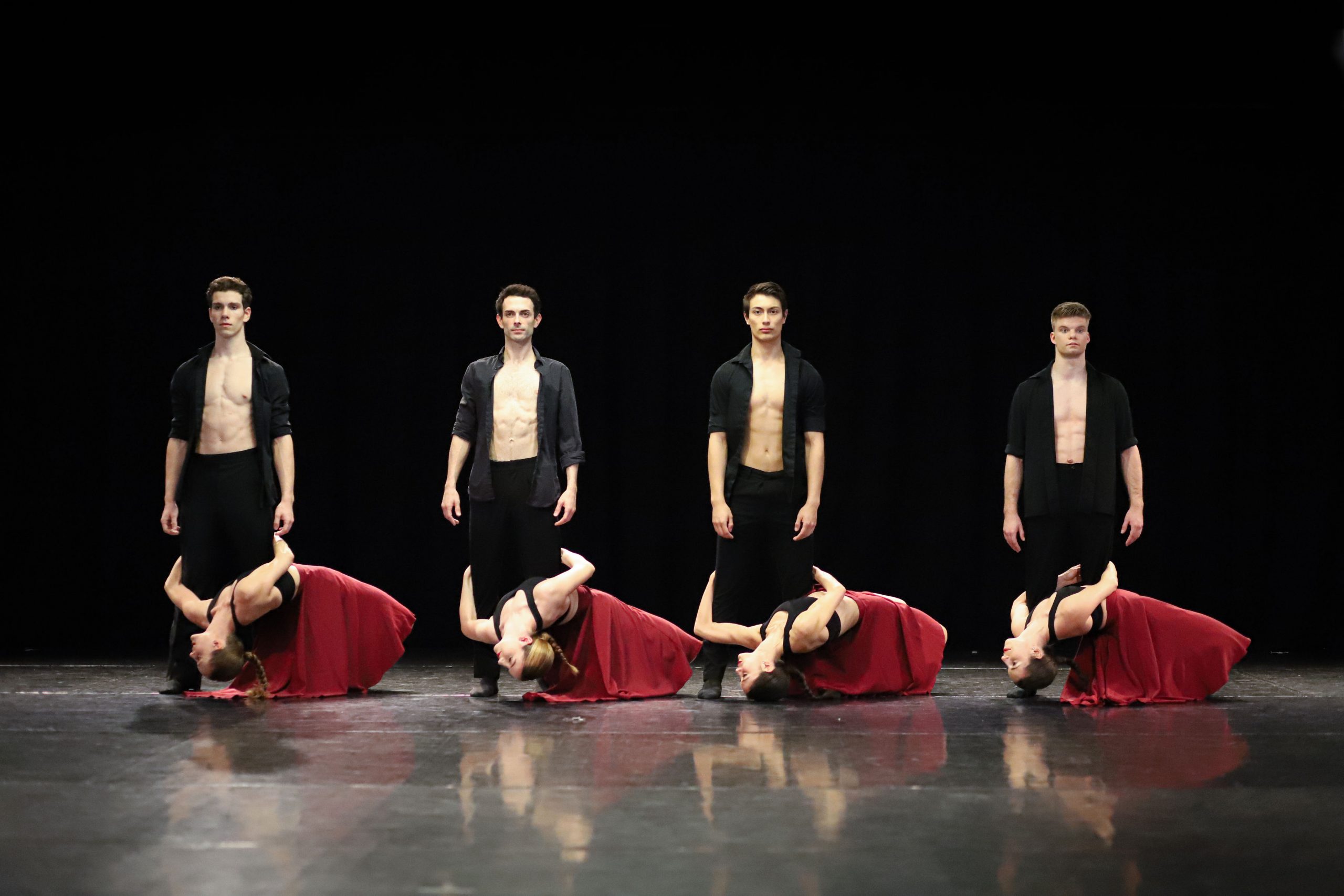 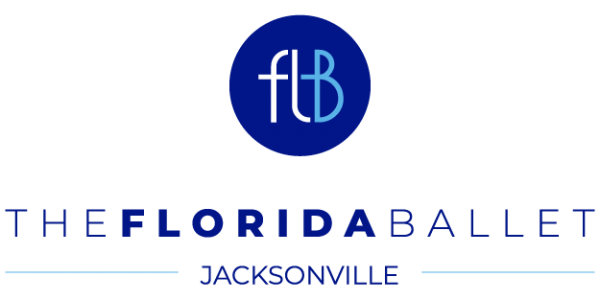